‘The Story Of Siobhán The Temptress’ reviewed by Brecon Indie Reviews 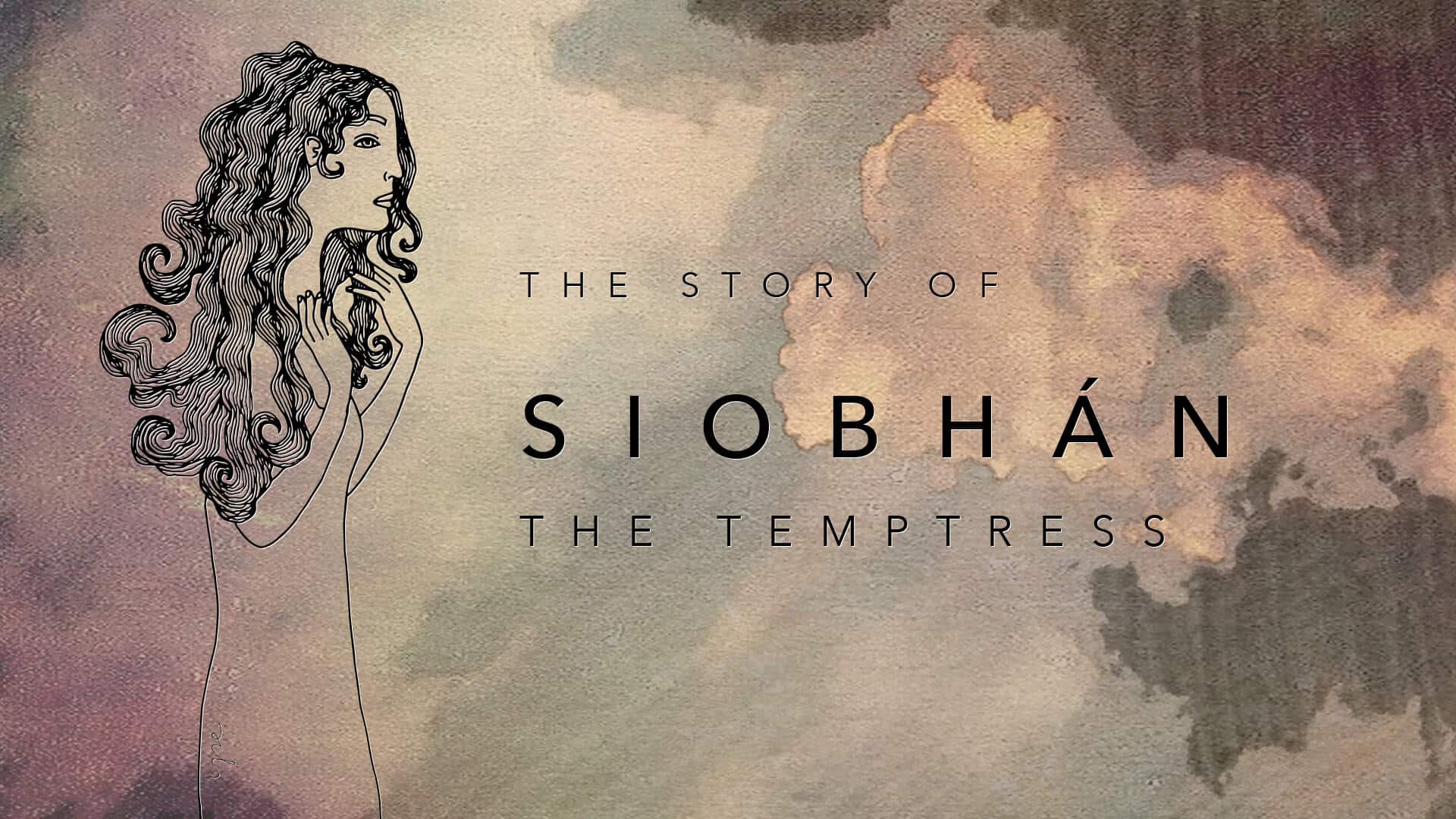 I opened the message, shared my email and immediately after I got on my inbox my very first review, done by Drew Jarvie (you can follow him on Twitter @Delerium65) and the Brecon Indie Reviewer Team.
Drew reviewed my latest release, ‘The Story Of Siobhán The Temptress’ that features also a great artist and friend J.P. Kallio (follow him on Twitter or Spotify).
If you want to listen to the song, just go to my discography page or watch the video at the end of this post, but read the review first: it’s really worth it!

Before starting, I must say a few words about the drawing made by the Dutch artist YSE, which explains exactly the story behind this track: I will write more about this in another post… If you want to see more art from YSE, please check her page on Instagram or Twitter @designbyyse.

Here is the review of ‘The Story Of Siobhán The Temptress’ by Drew Jarvie from the Brecon Indie Reviewer Team and founder of ‘The Delerium Trees’.

Siobhan is a beautiful, young and kind woman always ready to help anyone. However, a stranger, a man, arrives to the village – uses her, seduces her, abandons her. Far from being defeated or cowed in any way she embarks on turning the tables. She becomes the seducer, seducing these men and leaving them as she was left. Siobhan, has become The Temptress, is she still here, who knows, the story, as we all sadly know, still is and goes on.

Storytelling in music, whether it be in full blown symphonies or in simple folk songs, is found in numerous examples. Ireland, where Nik Marten lives and Scotland, where I live, have many tales of folklore and myth most of which have been handed down from Prehistoric times through to the Celtic tribes and are normally associated with power struggle or internal tribal strife. Was Siobhan involved in one of these? Throw in a few battles and wars since then and there is a ready-made source for instrumental storytelling.

The main storyteller is the flute which appears to weave an intricate conversation of self-doubt in Siobhan’s mind, what can she do, how does she retain self-belief. This quickly joined by percussive elements including the drumkit and handheld instruments. One of these is the Handpan, a relatively new instrument with ties to Indonesian, Thai and West Indian traditions, if rhythmically played it also has ties to the Bodhran – the big difference is that the instrument can be played in different keys and tones. Another instrument making a fantastic contribution is the Didgeridoo, it lays the platform with its incessant pedal point rhythmic playing and occasional sforzandos (sudden loudness). It adds mystery and pushes forward the story telling.
Putting this all together must have been no easy task; it works beautifully, the production is world-class.
The accompanying video with scenes of lochs and trees adds to music, almost impressionist in style, a Monet picture that moves.

Nik Marten describes himself as a drummer that loves percussion, he obviously loves flute as well going this example of intricate playing. J. P. Kallio adds an extra dimension adding occasional guitar to mix, adding to the song with subtle style.

If Siobhan is listening, she’ll be impressed, just like the rest of us!

Simply great words from Drew: thanks, man! You nailed it 😉
Also, these lads shared other thoughts about this song on Twitter… Let’s see what they are saying.

The first one is from The Blindfold Experience, a Rock/Acoustic Musical Project with artists from around the world (follow @theblindfoldex1).

Below, the review from Reckless Velvet, a guitarist and music producer (follow him @RecklessVelvet).

Another great Reviewer choice, @RecklessVelvet is a WW collaborator in Music and refined in
multi instrumental and engineered sounds!https://t.co/fbptCXuMN4 pic.twitter.com/qYorNvYfrh

Our first Guest Reviewer, @EdHarrisMusic is a Celtic,
multi- instrumentalist and Music wonder; his skills and passionate Music are revered throughout the Indie World.https://t.co/fbptCXuMN4 pic.twitter.com/ziZJ8NJ8Rd

And last but not least, a great musician and friend from Australia, Leigh Thomas (follow him @LeighThomasAU).

Our next Guest Reviewer @LeighThomasAU shares his thoughts as an out of Genre Musician.
Leigh was recently reviewed and hands down, his Music was loved
by all of us!
He is a standout Indie supporter!https://t.co/fbptCXuMN4 pic.twitter.com/pcsCDpxbw2

Thanks lads: you all rock! See you soon with (hopefully) the next review 😉
And, as promised, here the video of ‘The Story Of Siobhán The Temptress’.