The story of Siobhán, that became a Temptress 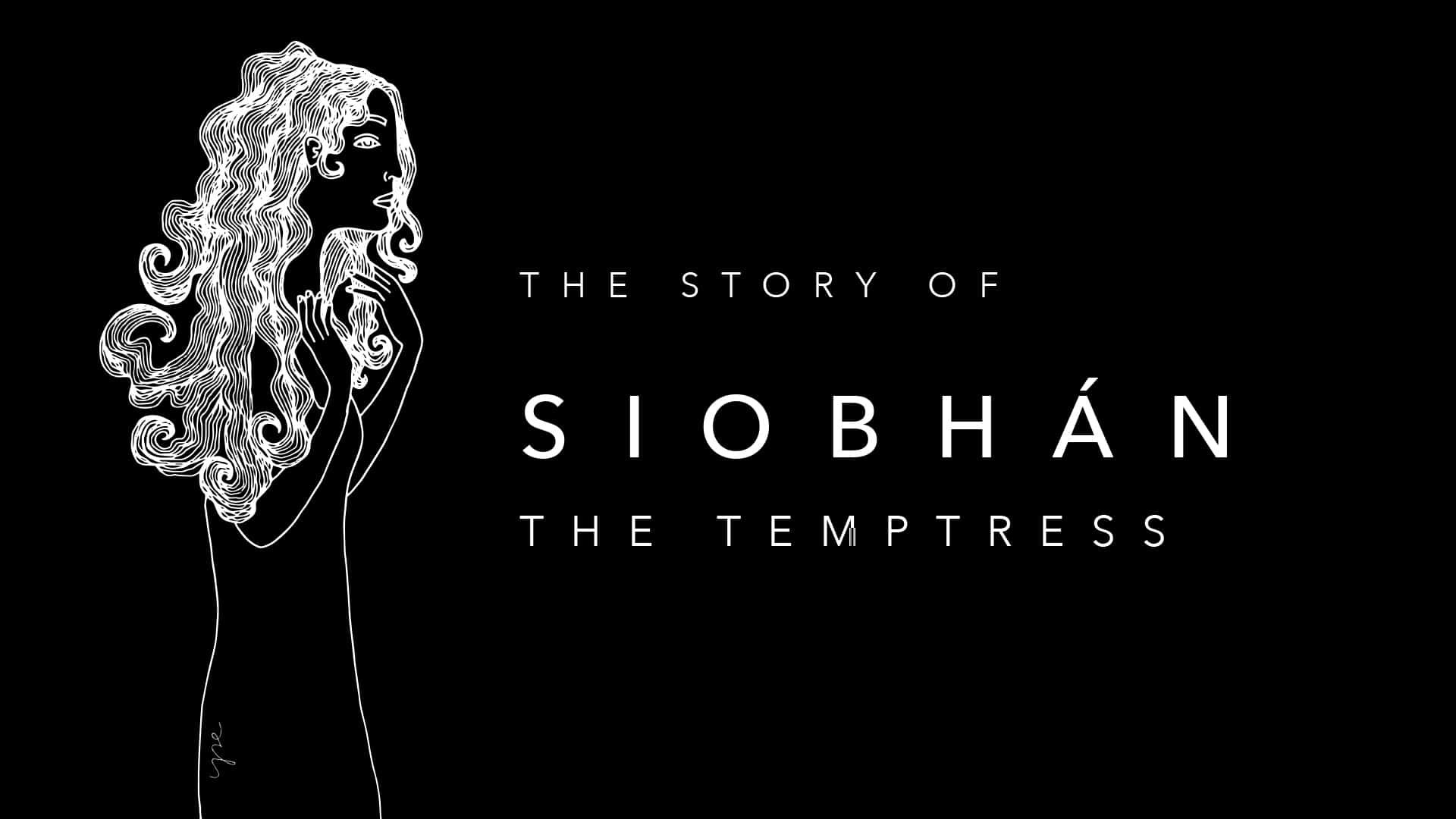 Do you know the song “As I Roved Out”?

This song comes from Irish music and it can be found in British folk music too.
Many artists did their own version of this ballad, like Christy Moore and Loreena McKennitt.

The story is pretty simple and straightforward and, if you have already heard the song, you know how it ends… If you don’t know the song, before proceeding please check the lyrics while listening to the song (I personally suggest Loreena McKennitt’s version that can be found here).

I really like this song, I love the way it sounds and the way that Loreena McKennitt especially interprets it, her voice, the instruments that were picked for making those peculiar notes… so many things caught my attention, way before moving to Ireland.
Then I started to hear the song on the streets and pubs, played in a simpler way (voice and guitars only for instance, sometimes with other traditional instruments as well, like bodhran, tin whistle or a fiddle) and, no matter what, that song has always captured my heart.

Then I started to focus more on the meaning of the song, the words, the story and what happened to that pretty fair maid. Thanks to a good friend of mine, I also discovered the band Omnia which did their own version called “Who Are You” and gave a twist to the song: this time they swapped the two protagonists (check their version here if you are curious).

These hints planted a little seed in my head… which started to grow and then, out of nowhere, some beats on the drums came out, with a huge feeling of something tribal, innate and primordial that reminded me of the vibes in the song “Voodoo” by Godsmack.

I wanted to explore more, and more instruments were added, didgeridoo, handpan and, most importantly, an instrument that I was playing for the first time ever: the overtone flute.

I would like to share a little story behind the instrument and its sound because it goes way back in the past. I remember watching a TV series called “The Sentinel” during my childhood; the theme had a peculiar sound that caught my ear immediately, and every time that theme was playing on the TV I was there trying to understand what it could possibly be… Then it got almost forgotten in a drawer of my mind until I heard some tunes by Omnia including that sound, awakening memories and my old hunting.

I watched videos of the band playing live and then it appeared: this empty wooden tube played by Steve “Sic” Evans. Now I could easily do some research and there it was: the overtone flute. The name refers to the main family, but there are millions of overtone flutes out there. For instance, in my track “The Story Of Siobhán The Temptress” I used a hand-made Koncovka by the Russian shop Taiga Music Art.

And here we are: beats, primordial vibes, voodoo, tribal influences, mellow notes from a handpan, air beats from the didgeridoo and that sound out of nowhere floating in the middle of the madness, the Koncovka.

Pretty strange feelings I have to say, why is this witchcraft suddenly linked to a woman and a Celtic song? In that moment I had the whole view of the puzzle: this song is what happened next, after that night in which originally a girl was seduced and abandoned. That girl, for me, has a name, Siobhán, and she wants to have her revenge on the man who did it, but not only… all people are behaving in the same way. It was pretty clear.

So the story develops:

A young woman, simple and clever… was just walking in the streets of her little village. Everybody knew her and her beautiful manners; she always wanted to help, even if sometimes it was too much, but she did not care. She was always there, giving a hand to the ones who needed it the most. One day a man arrived. He seduced her, he used her… after that, Siobhán said “never again” and she became ‘The Temptress’, using her mind and her smiley face to attract those men who were cheating, mistreating, ignoring, abandoning other women, seducing them and leaving them as it had happened to her. So, the question now is: who is, or who was, the real Temptress?

Not saying that Siobhán is right, because this behaviour can cause pain too, but in a certain way, it is totally understandable…
Anyways, this is just my point of view, a different story that somehow was born in a mystic way and still has something unexplainable.

If you want to learn more about the artist who did the awesome cover for this song, read this post I wrote some time ago… She is YSE: follow her on Twitter and Instagram.