‘Mother Nature’: from a song to a drawing 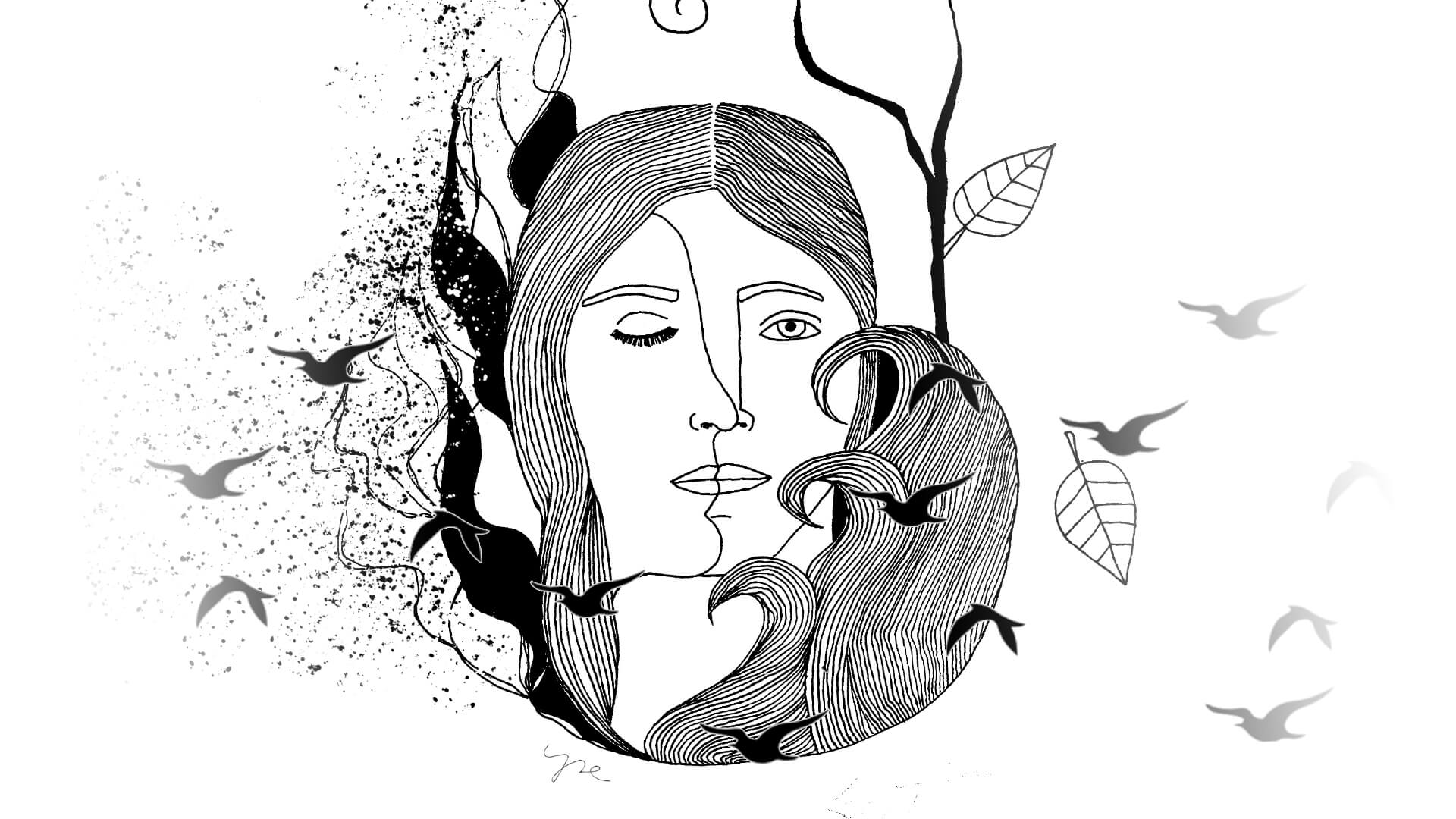 When a song inspires an artist and suddenly the protagonist of that song becomes real.

I have already mentioned YSE previously: she is the Dutch artist that kindly created the awesome cover for my last single ‘The Story Of Siobhan The Temptress‘ (you can read the post here and follow her on Twitter and Instagram).

She actually didn’t do only this piece of art…
I met her in a totally random way, and with one song that you should probably already know well: my debut single ‘Skies • Seas • Rocks‘.

But let’s go back to the start.
I was surfing on Twitter some time ago and I landed on this page, “YSE” it said, where the drawings were something totally different from the things you usually see. I could recognise some empathy in the design, something human but still, hard to explain with words the right emotions that I got at this first sight.
I started to follow the artist and to look deeply at the designs and of course, commenting on some of them and expressing my admiration for her great work.
After all, besides being a musician, I am a Graphic Designer, and I really got inspired by her work.

I remembered that I posted a tweet about my debut single ‘Skies • Seas • Rocks‘, tagging her saying something like “I hope you like this” or similar, I don’t remember honestly.

After that, she sent me a direct message saying one of the best things that you could ever say to a musician: “I liked your music, the video” and “I got inspired by it for a new artwork and today I finished the drawing. I would love to share it with you.”

I was amazed.
I was honoured.

YSE captured the song, its essence and gave to what was my ‘Mother Nature’ her view, a face, an entity.
She asked for permission to share it… and here is the Instagram post.

To me, it’s perfect.
YSE also shared her view about this song, and I would like to share it with you too:

“Skies • Seas • Rocks represent the Earth for me. I don’t see the Earth as a feminine element that is desperate for love. The earth has its natural processes and responds to them when people disrupt these processes. She does what she cannot do otherwise: expressing the disturbance in the form of an enlargement of elements such as a firestorm or a tsunami. The Earth will continue in its own way, even if it becomes a black mass and there are no further romanticized emotions involved, but only a peaceful conscience.”

At the beginning of this post, I talked about “Mother Nature” and I refer to it as the Great Element that focuses on the life-giving and nurturing aspects of nature by embodying it, in the form of the mother.
I share the same thought, since this entity, the Earth, is something that we cannot fully understand: in the end, the Earth is everything and everyone. It has processes that we can’t control, as she said. It’s all around us and inside us… YSE simply used beautiful and powerful words to explain it.

Naturally, when I started working on the idea that straight after became a song, I wanted her to create the cover of ‘The Story Of Siobhan The Temptress‘ and, obviously, she nailed it… but I will talk about this in-depth in the specific post dedicated to the song.

If you haven’t watched the video yet, here’s the song I am talking about: